Conduct your own due diligence. Apply basic thinking. Think for yourself! 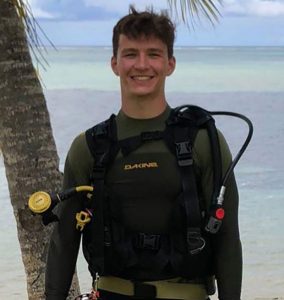 Afghanistan – Butthead Joe Biden aka Saigon Biden continues to blame everyone else but himself.

The safe withdrawal of Americans, foreign nationals, and Afghans turned deadly within a matter of hours. Worse, he put the blame on his generals but not one got the boot.

The Marines had landed at Kabul airport just a associate of days earlier and without substantial protection – and a plan of action.

Behold, the Devil Dogs were not safe and it turned deadly.

Lt. Col. Stuart Scheller of the United States Marine Corps revealed Friday afternoon that he has been relieved of duty for posting a video criticizing military leaders for failing to take responsibility for the disastrous withdrawal from Afghanistan. Marine Officer Who Questioned Generals over Afghanistan Is Relieved of Duty by JOEL B. POLLAK 27 Aug 2021 Breitbart News

Navy Corpsman Max Soviak gave his life in Afghanistan yesterday. He is an honorary Marine. Eleven Marines, one Navy sailor (the Navy Corpsman) and one Army soldier were among the dead. They made the ultimate sacrifice.

Join us in prayer for his family and for the families of all (including Afghans) who perished or were injured yesterday. 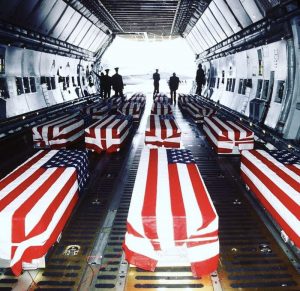 Flags Lowered to Half-Staff to Honor our Brothers and Sisters

Governor Greg Abbott today ordered Texas flags across the state to be lowered to half-staff to honor the U.S. service members who lost their lives during an attack at the airport yesterday in Kabul, Afghanistan.

Governor DeWine issued a flag-lowering order last night directing that all U.S. and Ohio flags be flown at half-staff upon all public buildings and grounds throughout the state.

Utah Gov. Spencer Cox ordered flags on state buildings flown at half staff in honor of service members in an explosion at the Kabul airport.

Governor Mark Gordon of Wyoming ordered flags at half-staff for fallen Marines and other victims in Kabul Attack.

Eleven Marines, one Navy sailor and one Army soldier were among the dead, while 18 other U.S. service members were wounded in Thursday’s bombing, which was blamed on Afghanistan’s offshoot of the Islamic State group.

The Focus is in Afghanistan – Stop the Ridiculous Antics! Put Politics Aside

Butthead Biden, his cabinet, and his military leaders have completely shattered American foreign policy and interests. Who is going to believe us now with such horrendous decisions?

There Will Be a Day of Reckoning

The article with the link below is heart-breaking. The whole dang mess could have been avoided! Human beings would nevertheless be alive today. Can anyone say otherwise? FACT: People are dying and the worse is in addition to come under our current leadership. That’s the beef! Please read the complete story by Masooma Haq. Pray for our Marines. Pray for Afghanistan. Pray for America. Pray for the World.

House Minority Leader Kevin McCarthy (R-Calif.) said President Joe Biden has lost the trust and confidence of the American people because of his handling of the Afghanistan withdrawal and that “there will be a day of reckoning” for the administration to explain what led to 13 U.S. service members and dozens of Afghan civilians being killed outside the Kabul airport…

READ MORE: ‘There Will Be a Day of Reckoning’ for Biden’s Actions on Afghanistan: Kevin McCarthy by Masooma Haq 27 Aug 2021 The Epoch Times